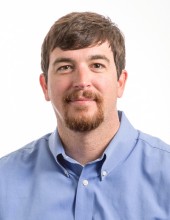 Cory Tressler, Director of Learning Programs, earned his undergraduate degrees at The Ohio State University, his master of arts in teaching degree at the University of South Carolina, and he is currently a PhD student at The Ohio State University. While completing his undergraduate degrees at The Ohio State University, Cory worked as a library associate at the Music & Dance Library, where he managed a collection of thousands of music and dance recordings and produced the Music Library Hour on OSU's Underground Student Radio. After graduating from the University of South Carolina, he became an elementary school teacher at Hilton Head Island School for the Creative Arts. In 2009, he became an administrator for Beaufort County School District, where he helped create virtual learning and technology rich classroom experiences for over 20,000 k12 students. In 2012, he returned to The Ohio State University as part of the Digital First initiative, where he assisted with the development of over 90 public iTunes U courses, the creation of the OSU Marching Band iPad program, and the Digital First Impact Grant which placed mobile technology in OSU classrooms. In 2014, he co-authored and was named principal investigator of an Ohio Straight A Grant titled, College Ready Ohio, that was awarded $13.5 million to promote college readiness via teacher professional development, technology integration, access to rigorous content, and online dual enrollment opportunities from The Ohio State University in 10 public high school throughout Ohio. In 2015, he was named an Apple Distinguished Educator. In 2017, he helped initiate, develop, and lead Ohio State’s Digital Flagship initiative, which will provide technology to all Ohio State undergraduate students, create new coding curriculum options for the Ohio State community, and create avenues for mobile app development at the individual and enterprise levels.