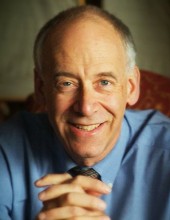 Alan November is an international leader in education technology. He began his career as an oceanography teacher and dorm counselor at an island reform school for boys in Boston Harbor. While Alan was a computer science teacher in Lexington, MA, he was probably the first teacher in the world to have a student project online in 1984, a database for the handicapped. He has been director of an alternative high school, computer coordinator, technology consultant and university lecturer. He has helped schools, governments and industry leaders improve the quality of education through technology.

Audiences enjoy Alan’s humor and wit as he pushes the boundaries of how to improve teaching and learning. His areas of expertise include planning across curriculum, staff development, new school design, community building and leadership development. He has delivered keynotes and workshops in all fifty states, across Canada and throughout the UK, Europe, Asia, Australia, and Central America.

Alan was named one of the nation’s fifteen most influential thinkers of the decade by Technology and Learning Magazine. He was listed as one of eight educators to provide leadership into the future by the Eisenhower National Clearinghouse. He was selected to speak at the Cisco Public Services Summit during the Nobel Prize Festivities in Stockholm, Sweden. His writing includes numerous articles and two best-selling books, Empowering Students with Technology and Web Literacy for Educators. Alan was co-founder of the Stanford Institute for Educational Leadership Through Technology and is most proud of being selected as one of the original five national Christa McAuliffe Educators.